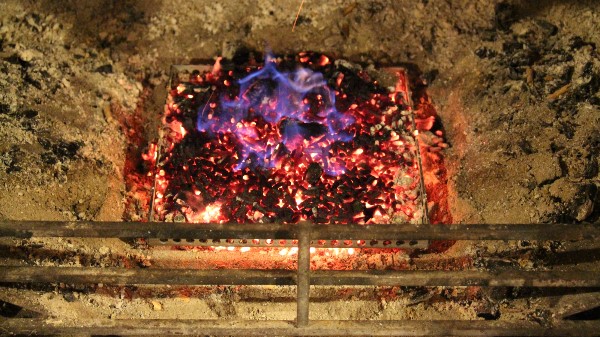 Fonterra has converted their Brightwater milk processing factory coal boiler to be co-fired with biomass fuel. The fuel is supplied by Azwood Energy.

The new plant was opened by Hon Megan Woods, Minister of Energy and Resources on 19 november 2018. Below are a number of media stories arising from the event.

"Wood fuel could dramatically reduce New Zealand’s industrial emissions within five years, but not without a policy framework that actively encourages it", Azwood Energy general manager Brook Brewerton says. "The country has abundant wood residues sitting in its hills which can be transformed into energy", he says. "Some firms are starting to look at it as an alternative to coal, but many lack the capital to make the change. Without that demand that fuel will remain in the hills", he said. "The quickest way to drive that would be for the government to provide accelerated depreciation on renewable heat plant, or low-interest Crown loans for them".
Read more here

Government and Industry back wood energy

Energy and Resources Minister Megan Woods, has given a resounding endorsement for bioenergy, saying “wood energy will make a significant contribution” to New Zealand’s transition to a low emissions economy, as she formally opened Fonterra’s wood energy co-firing system in Nelson yesterday.

Woods said she wanted to ensure that New Zealand takes full advantage of its renewable energy potential and opportunities and applauded Fonterra’s efforts in reducing emissions. “Switching from coal to wood energy is what we would like to see more of in New Zealand,” she said.

Lifecycle emissions from wood energy, she noted, are a mere 2-4 percent of those produced by coal and gas, which fuel most of New Zealand’s process heat. The Minister outlined that the Coalition Government’s heat action process plan will seek to “increase the uptake of wood energy” amongst other technology, to reduce New Zealand’s global emissions, in accordance with the Paris Agreement.
Read more here and the Scoop article here

Fonterra ahead of schedule on emissions reduction

Azwood general manager Brook Brewerton noted that "co-firing with wood is not only commercially viable, it also has other environmental benefits beyond emissions reduction. A project like Brightwater might take 2,000 tonnes of wood waste out of the environment annually, reducing the risk it poses through forest fires, and preventing it getting into waterways".
Read more here

It is a handy supply alliance, given that they are literally over the back fence from Fonterra in Brightwater. Azwood operations manager Ben Crawford said "Fonterra's change to co-firing meant his company would provide 250 cubic metres worth of product each week. However, he hoped to see the wider use of wood residue as a biofuel option in the future". "In the big scheme of things, we already supply a large number of businesses throughout the Nelson region, hospitals, schools, swimming pools…and doing some pretty big volumes," he said. "Having our neighbour also take it up is really cool, but there's capacity there for heaps more".
Read more here