NEW ZEALAND'S only large biodiesel plant is being mothballed in a move the industry says is a direct result of the Government’s failure to plan for the future of the country’s energy production.

Z Energy says there will be no production at the $35 million plant at Wiri, in South Auckland, for at least a year.

“Z will look to restart production of biodiesel if the economic and regulatory environment for local production of biofuels improves,” chief executive Mike Bennetts said in a statement to the NZX.

The company says the economics of the plant have become untenable, as the commodity price of the tallow it uses to produce biodiesel has been bid up by international biodiesel companies operating in subsidised markets.

A spokesperson told Carbon News the company has suggested a number of options for Government intervention, including regulation of the unfair tallow market, a capital grant from the Green Investment Fund or an enforceable greenhouse gas reduction programme for transport energy like California’s Low-Carbon Fuel Standard. 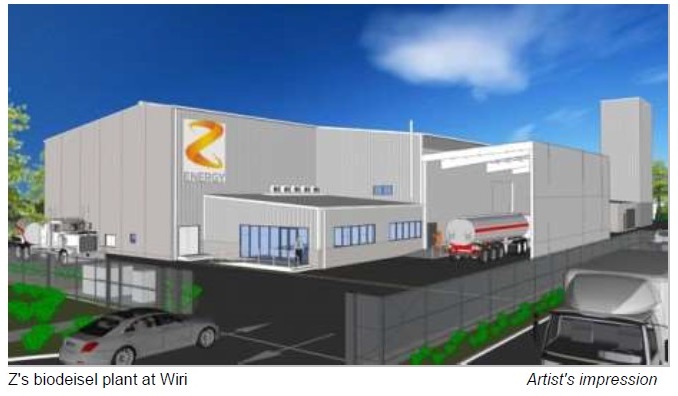