Qantas aircraft to be powered by renewable biofuel from 2020 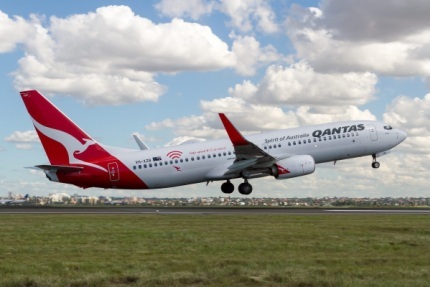 Qantas has today announced its Los Angeles based aircraft will be powered by biofuel from 2020, reducing the airline’s carbon emissions on its services operating between the US and Australia.

Over the next ten years, the airline will purchase eight million gallons (30 million litres) of renewable jet fuel each year from US based bio-energy company, SG Preston. The fuel will be used by Qantas’ aircraft operating from Los Angeles Airport (LAX) to Australia and follows the Qantas Group’s successful domestic biofuel trial flights in 2012.

The fuel consists of 50 percent renewable jet fuel produced from non-food plant oils, blended with 50 percent traditional jet fuel.  Compared to standard jet fuel, the biofuel emits half the amount of carbon emissions per gallon over its life cycle.

CEO of Qantas International and Freight, Gareth Evans said the commercial biofuel agreement is the first of its kind in Australian aviation history.