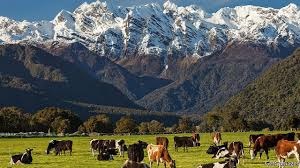 This report consists of a top-level aggregate analysis of the total potential for converting livestock manure into a domestic renewable fuel source (biogas) that could be used to help states meet renewable portfolio standard requirements and reduce greenhouse gas (GHG) emissions. In the US, livestock agriculture produces over one billion tons of manure annually on a renewable basis. Most of this manure is disposed of in lagoons or stored outdoors to decompose. Such disposal methods emit methane and nitrous oxide, two important GHGs with 21 and 310 times the global warming potential of carbon dioxide, respectively. In total, GHG emissions from the agricultural sector in the US amounted to 536 million metric tons (MMT) of carbon dioxide equivalent, or 7% of the total US emissions in 2005. Of this agricultural contribution, 51 to 118 MMT of carbon dioxide equivalent resulted from livestock manure emissions alone, with trends showing this contribution increasing from 1990 to 2005. Thus, limiting GHG emissions from manure represents a valuable starting point for mitigating agricultural contributions to global climate change.

Anaerobic digestion, a process that converts manure to methane-rich biogas, can lower GHG emissions from manure significantly. Using biogas as a substitute for other fossil fuels, such as coal for electricity generation, replaces two GHG sources—manure and coal combustion—with a less carbon-intensive source, namely biogas combustion.

The biogas energy potential was calculated using values for the amount of biogas energy that can be produced per animal unit (defined as 1000 pounds of animal) per day and the number of animal units in the US. The 95 million animal units in the country could produce nearly 1 quad of renewable energy per year, amounting to approximately 1% of the US total energy consumption. Converting the biogas into electricity using standard microturbines could produce 88 ± 20 billion kWh, or 2.4 ± 0.6% of annual electricity consumption in the US. Replacing coal and manure GHG emissions with the emissions from biogas would produce a net potential GHG emissions reduction of 99 ± 59 million metric tons or 3.9 ± 2.3% of the annual GHG emissions from electricity generation in the US.