Optimal use of biogas from waste streams 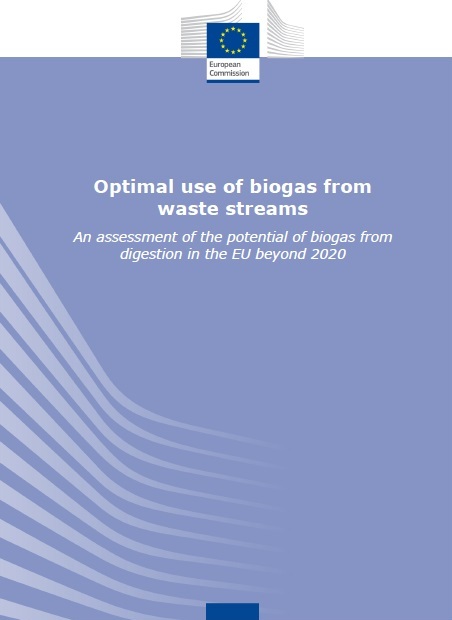 Biogas can be produced from a range of feedstocks and utilised in all energy sectors, contributing to the EU’s decarbonisation, renewable energy and energy security objectives. Current (2014) biogas production level in the EU is almost 15 Mtoe, which represents about 7.6% of all primary renewable energy production in the EU. Differences between Member States are, however, very significant: only three Member States (Germany, United Kingdom and Italy) are currently responsible for more than 77% of the EU’s biogas production. This biogas is mostly used for electricity production, followed by heat production and use as a transport fuel.

As the European Commission is working on the further development and concretisation of the post-2020 climate and energy policies, this study was commissioned to zoom in on the potential role, cost and benefits of biogas, and to assess the key barriers and drivers of biogas deployment in the EU. An important question to address was what policies at both EU and Member State level can best contribute to the effective and efficient growth of biogas deployment in the EU.

The study focussed on biogas production by digestion processes of local waste streams, i.e. on biogas production from sewage sludge, landfill gas and from suitable organic waste streams from agriculture, the food industry and households. Gasification of biomass, renewable methane production via power to gas or increasing mono-digestion of energy crops were considered outside the focus of the study and were not included in the scenario modelling part of this study.

The research was carried out through desktop research and quantitative modelling, with strong support and involvement by stakeholders. Interviews were held with stakeholders from all Member States, and two stakeholder workshops were held during the course of this project to validate the research approach and key findings.